How was August for all of you? It’s been rainy here in Mumbai. Like really rainy. But let’s not digress cause it’s time for the Gatsby Gazette!

This month’s Gazette features our work on materialization, a healthier Gatsby repo with improved community engagement, some accessibility wins, better webpack chunking, a better offline experience in Gatsby, a brand new theme of the month, and finally, Gatsby Days.

Let’s get this party started.

The Gatsby team has had a busy month. We’ve made some exciting improvements.

Marcy Sutton from Gatsby’s Learning team has been doing some incredible work in making Gatsby more accessible by default.

A big part of making the web more accessible is teaching us how to write more accessible apps! Back in June, Marcy conducted some user testing sessions for accessibility research. She wrote about it in her post, What we learned from user testing of accessible client-side routing techniques with Fable Tech Labs which I consider canonical and required reading.

Marcy also presented a full-length workshop on Accessibility in JavaScript Applications for Frontend Masters, including some exclusive tidbits about building accessible Gatsby sites. In case you haven’t read her post or seen her workshop already, please do to learn how to make your web apps more accessible.

We’ve made a bunch of improvements to Gatsby’s GraphQL layer recently. Here is a quick summary:

David (who recently joined the Gatsby core team) has been working on gatsby-plugin-offline and recently released v3 of the plugin.

v3 includes an updated Workbox, the ability to append custom scripts to the generated service worker and many more smaller improvements.

Ward from the core team recently made some improvements to Gatsby’s webpack config in #17093. This introduces a better splitChunks config and results in a 400 KB reduction in initial bundle size and a 400 ms faster TTI for gatsbyjs.org.

Huge shoutout to the Next.js team since we picked this up from them!

We recently enabled automatic dependency updates using Renovate. As of today, dependencies in all official Gatsby packages are completely up to date (excluding major versions).

We’d like to thank Rhys Arkins for all his help on setting this up and we highly recommend Renovate!

Nat Alison who helped translating the React documentation is helping us set up the Gatsby documentation for translations. She’s documented a few possible approaches that have worked in her experience in the RFC for Gatsby Docs Localization.

We’d love to hear your comments on the RFC. If you’re interested in helping translate the Gatsby documentation to a language of your choice, now is the time to get involved!

It’s been a pretty busy month on the monorepo. We’ve merged in a lot of your contributions and they’ve all been amazing. Let’s go over some of the highlights!

Back in June, Michal from the Gatsby core team worked on adding GraphiQL Explorer to GraphiQL in Gatsby. One of the next steps he mentioned was the addition of code snippet generation using graphiql-code-exporter.

Gatsby now includes Code Exporter in GraphiQL out of the box starting from v2.15.3, thanks to Dan Kirkham.

When you write a query in GraphiQL, this will automatically generate code for you! You can check out Dan’s work on the PR on GitHub.

It’s really hard to pick out favourites from all the incredible contributions you folks make so apologies in advance if I missed anything (let us know on Twitter). Here are my favourites from the past month:

Gatsby Site of the month

The site of the month is ghost.org 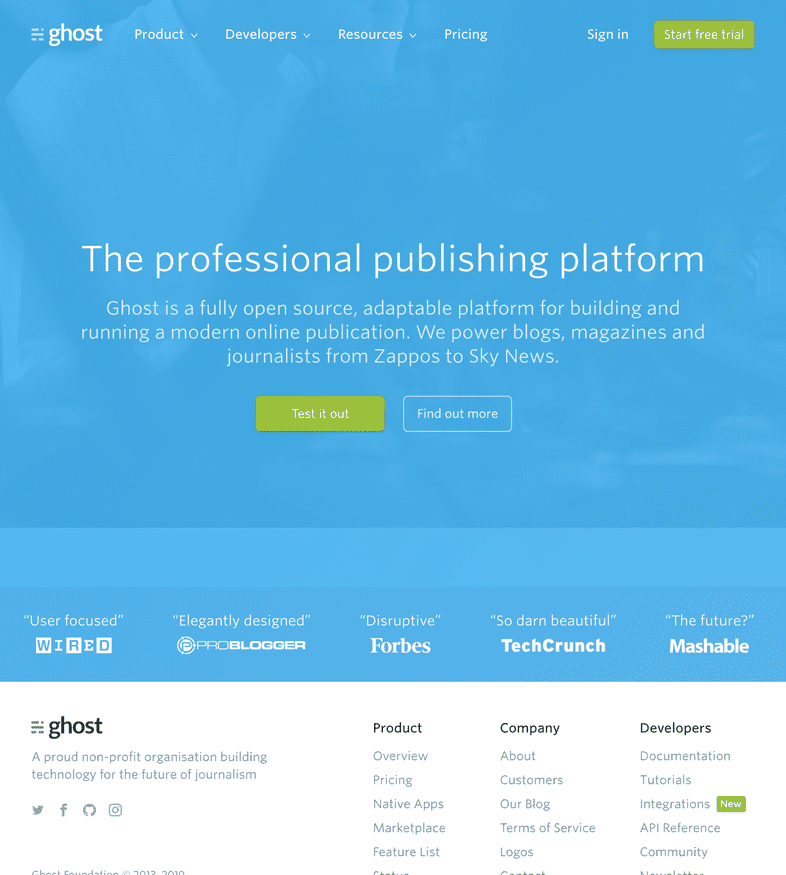 They built their brand new site in Gatsby and we love it because:

Theme of the Month

I’m a big fan of the team at Narative and I think Novela is a great Gatsby theme.

Here is what Dennis Brotzky (Co-founder, narative.co) had to say:

We’ve always enjoyed using Gatsby for our projects and when themes were announcement we knew it would be special. Novela is our first dive into themes and we’ve quickly grown to love it. It’s exciting to be part of the formation of a new way to build and share Gatsby sites.

The entire Gatsby team is headed to London in a few weeks for our quarterly Gatsby gathering!

And with that, comes the next Gatsby Days. If you haven’t already, you can register here to watch the Gatsby team (and friends) talk about exciting new things in the Gatsby world.

We even have a special discount code just for you: GAZETTE25

Tagged with gazetteView all Tags