Learning how to code with Gatsby

Recently, Gatsby fan Phil Howley starting teaching Gatsby in an Emerging Technologies class at the Art Institute (AI) in North Hollywood. I got to interview him.

In his 10 years of teaching over 50 web development/design classes at (AI), he’s observed that graphic design students tend to come to class less as the class gets more focused on coding.

However, in his current class nobody has dropped out. And every single one of his students turned in the MVP and at least one extra credit feature for their final portfolio project, which has never happened when he previously taught this class. The reason? He taught them to create their portfolios using Gatsby.

Here are some of the student’s final sites: 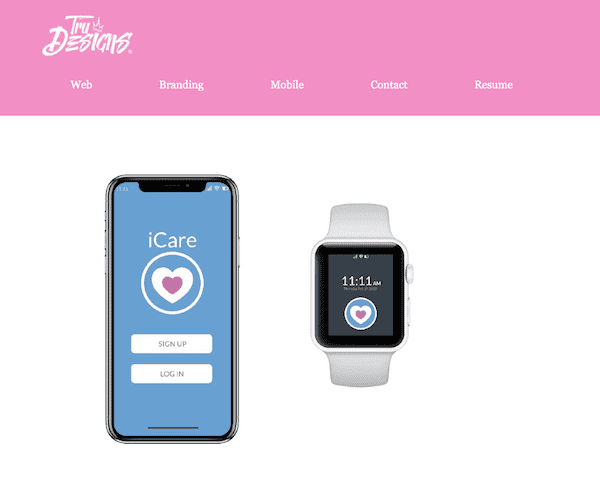 After our initial phone conversation, Phil responded to a series of interview questions via email.

How did you hear about Gatsby?

I work for Iron Cove Solutions and the CEO, Patrick Monahan, wanted a new site. He was tired of WordPress and how slow it was, having to update the plugins and the core WP. In addition, the theme wasn’t fun. He also had a separate part of the site built with custom PHP. Overall, the site was slow, the SEO was bad, and all changes took forever.

Patrick wanted me to find a better, more modern solution and that’s where I stumbled upon Gatsby. Once I showed him how fast one of the demo sites was, he gave me the green light. I dug in and here is the URL for Iron Cove’s new “Gatsby” website. Props to HTML5 Up for coding the Gatsby starter that I used.

The speed is lightning fast. We removed WordPress entirely from the equation and replaced it with the more user-friendly, less of a headache Contentful.

He also liked the cost-effectiveness of Godaddy but when things broke, it was a huge time suck to repair. We swapped Godaddy with Netlify and used Netlify to automatically run production builds from our GitHub repo. We wired Contentful to Netlify using a hook and to GatsbyJS using API keys and now Iron Cove’s site was fast and super simple to update. A win-win all around.

Patrick loved Gatsby so much he created a new product line where he is actively looking to help companies build sites using GatsbyJS and all the other tools he used on his current site.

What do you teach?

Since I just built a site using GatsbyJS, I decided this was the perfect topic to cover in the class. A year ago, I was thinking of teaching Jekyll (jekyllrb.com) because it was so cool and fast, but it was not well received, and the students hated the process and typing Markdown. So, I scrapped it and just introduced them to Node.

Structure of the class:

Once we jumped to learn GatsbyJS, some interesting things happened. A light when on. They were excited.

Here’s a list of what they love about Gatsby:

One thing they wanted more of:

They suggest that a link be added to the home page of Gatsby pointing to it and all sites with Git repos should be searchable first.

It wasn’t just Gatsby but the whole collaborative team of Gatsby, Git, GitHub, and Netlify that broke through to every student this term. It was amazing to witness this as a teacher. I also tried to show them blogs and Markdown but that wasn’t super smooth and none of the students added that part to their final project.

In my next class with Gatsby, I plan on introducing Contentful and GraphCMS to show them CAAS sites.

This technological experiment was a huge success.

One of the students hadn’t coded HTML or CSS in a couple years and just came back to school. Even that student jumped on board and created a working website.

One student dug into the documentation and figured out how to get lightbox working.

One of the students who fell behind found out I was teaching Gatsby next term and he asked if he could sit in on my class and audit because he thought learning Gatsby was important and he wanted to have more time to get better with it.

I thoroughly enjoyed this term and plan on teaching Gatsby next term again for my advanced web class.